An imposing mountain, an ancient farm and a spark that springs from these, energising the Gostner family, their guests, animals and apples. Johannes Gostner calls it “organic” because it means “life”.

The Huberhof is one of the oldest farms in Völs (Fiè), a picturesque village on a sunny plateau in the Eisack Valley. First mentioned in 1291 it’s been the home of the Gostner family since 1774. Perhaps it was the historical walls of the farmyard that inspired Anton Gostner to come up with an unusual idea. It was a decision that came as a surprise to the village because Anton decided to try apple cultivation alongside animal husbandry. It was a good decision. In the early 2000s, the family were looking for a sustainable way of life for themselves, their animals and their farm. They came across organic farming and have used it exclusively since.

It was the right way, but not a simple one: the fields, which are directly 900 metres above sea level, are more susceptible to frost than those down in the valley. Frost is no friend to fruit growing: it “burns” the blossom and young fruit. So there aren’t many fruit growers here. On frosty nights the only protection is candlelight or turning on the sprinkler systems as water freezes in the sub-zero temperatures, warming the buds and blossoms by releasing heat as it cools. On these nights, Johannes doesn’t sleep much, he protects the fruits as he was taught by his father. 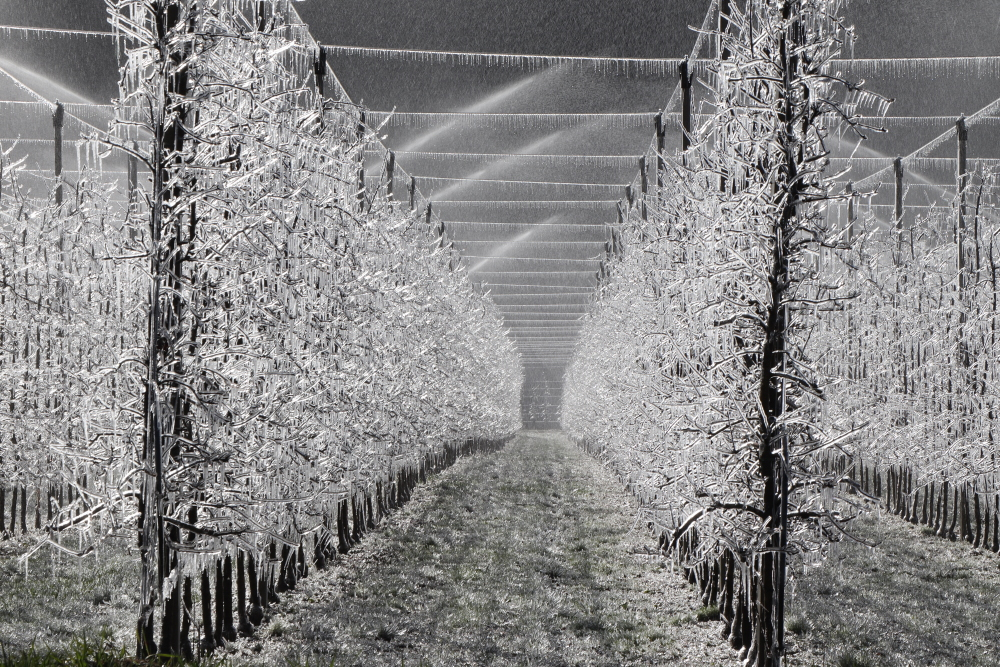 The reward for his efforts is the brightly coloured apples on the trees: they really show their full splendour having survived the frosty nights. The varieties he cultivates include Golden Delicious, Evelina®, Bonita, Topaz, Natyra®, Kanzi® and Red Delicious.

“Organic is not just a label that you stick on organically grown produce. It’s an attitude.”

Apples are not the be all and end all on the farm. Johannes also keeps livestock and offers holidays as the Gostners have a catered hut called the Huber Schwaige on the Seiser Alm. So it's a good thing that Anton has six children, three daughters and three sons.

Johannes runs the farm, while Michael does all the cooking and Benjamin takes care of the guests at the hut. Over half the produce at the hut comes directly from the farm. The beef, lamb and pork are all from the farm, while the sausages and ham are cured there. The butter, cheese and naturally the milk are also produced on the farm. The eggs are provided by the farm’s chickens, while the apples, lettuce and some of the vegetables are also grown at the Huberhof.

The Gostners buy anything else they need for the hut from other organic farms. Additional vegetables are purchased from the Biokistl, while the wine comes from two winegrowers (Eben and Zöhlhof) also connected with the Biosüdtirol cooperative. Everything is organic and traceable. This attention to detail led to the Huber Schwaige becoming certified as a Bioland hut in 2017.

One bite of the homemade apple strudel will tell you all that extra work and commitment has paid off. It only takes one look at the ‘Huber guys’ as they’re known in the village, to see the bright spark that energises them and everything they do. Their farm, the Huberhof, will remain a unique place for a very long time to come. 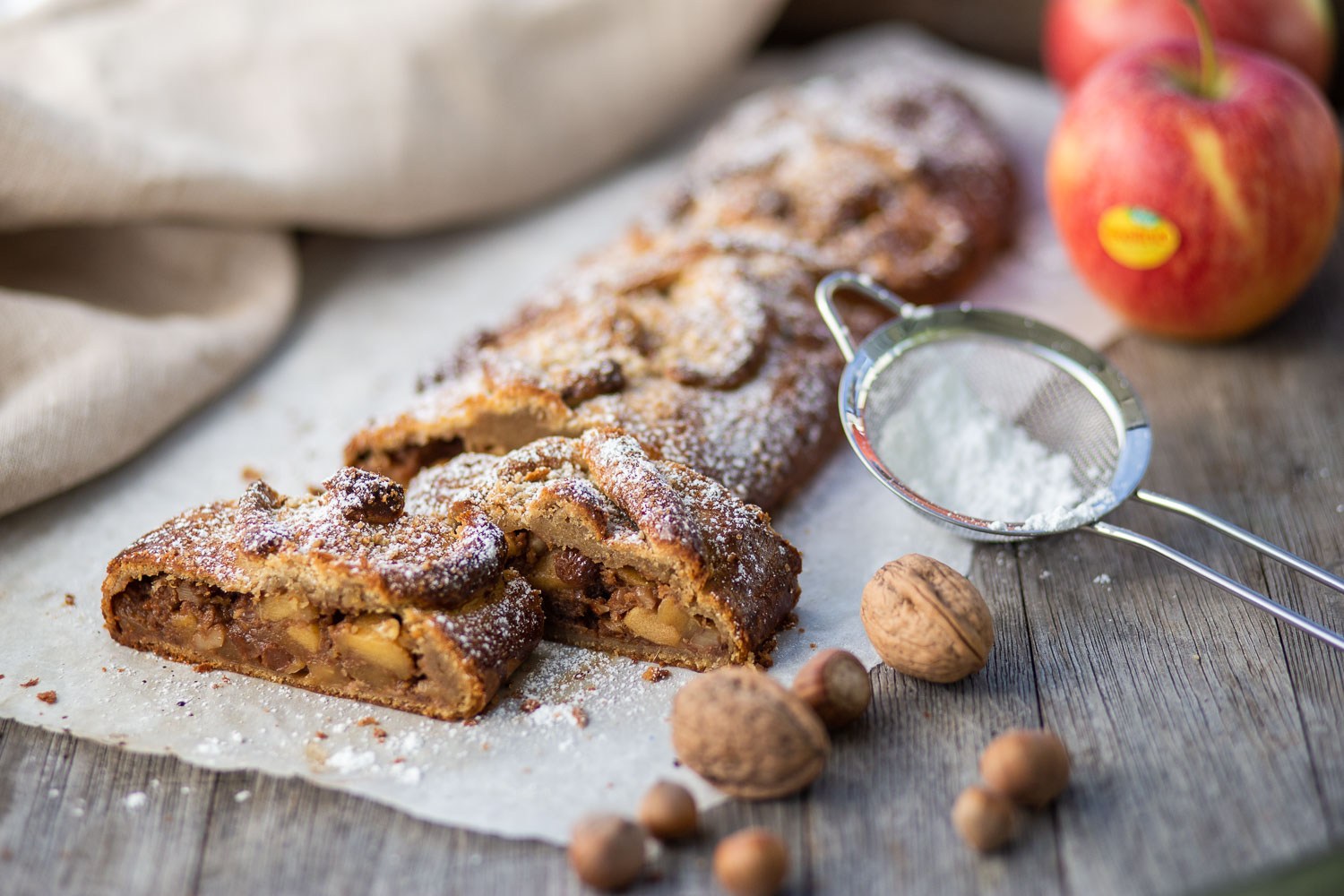 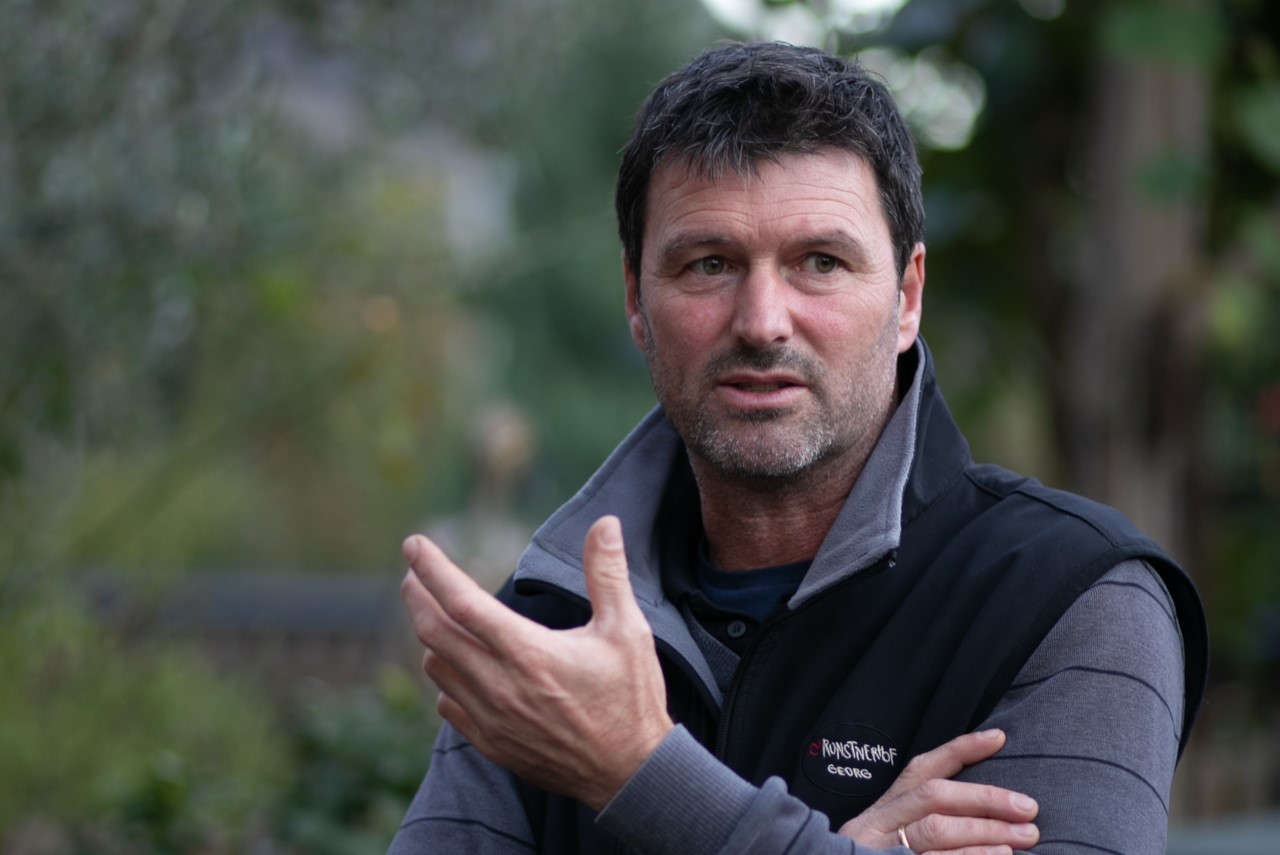